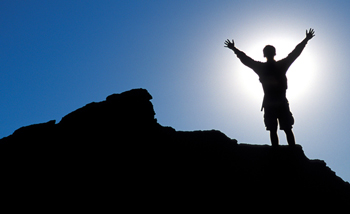 A dark cloud floated over Wall Street early last month. Much of the downpour landed on Tableau, maker of the brilliant data visualization tool we’ve woven into DataSelf Analytics. The stock price dropped by half in one day — even as it met sunnier weather in the metaphorical Silicon Valley. There the tool won even more rarified status in the business intelligence industry’s rating of record, the Gartner Magic Quadrant.

This year, Gartner had recalibrated. That change caused eight of last year’s “leaders” fall down the chart or off it completely. Tableau was left with just two other contenders, of which one was the maker of our business intelligence server, Microsoft. The third was Qlik.

What’s it all mean? We think the CEO of EXASOL AG, a provider of an in-memory database, put it perfectly in this excerpt from a blog post, “Ignore Wall Street: Tableau’s still the king of business intelligence.”

Regardless of what shareholders might think about the company, Tableau’s software is still viewed by many as the best BI and analytics solution around, bar none. Aaron Auld, CEO of EXASOL AG, a provider of an in-memory database for analytics and data warehousing, said that the majority of business users still perceive Tableau’s solution as the best of the best.

“I have seen at first-hand how users just “get” Tableau first time,” Auld said. “Users understand how easy it is to load data and then bring it to life through building intelligent visualizations that are so much easier to comprehend than looking at rows and columns in a database table or an Excel spreadsheet. Make no mistake, Tableau’s customers love the product.”

Evidence of this “love” for Tableau’s products can actually be seen in the company’s earnings too. Despite the last quarter, Tableau actually posted revenue growth of 58 percent year-on-year, which amounts to a stunning ten times the growth of the IT industry as a whole.

So why did investors run for cover? Us mortals may never understand Wall Street’s ways. But Gartner’s are plain enough. It knows good products when it sees them, and Tableau is still the best data visualization tool there is.
Hey, do you suppose that Wall Street isn’t really as data driven as big investors like us to believe? Someone, please show them Tableau. It’s easy enough for even them to get results.

See the Gartner report here. You’ll notice that another component of DataSelf Analytics is also in the leaders’ quadrant: Microsoft.