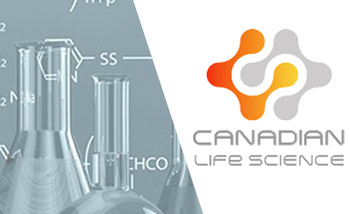 The business development manager at Canadian Life Science recalls his instant reaction to a DataSelf Analytics demo at Sage Summit 2016: “That’s it!”

Kick van Lunenburg had spent a long time looking for an analytics tool to support sales. Canadian Life Science, a well respected analytical chemistry distribution company based near Toronto in Canada, had relied on Sage ERP and CRM for reports. But those reports were complex and time-consuming and often in Crystal reporting, which made it even more complex. Even with two people working nearly full time to produce them, sales people often received their reports too little too late.

Though van Lunenburg had seen many business intelligence or analytics tools, most of them were made for accountants. He said, “They’re not made for a sales-oriented company like ours.”

“Being an analytical person at heart,” he said, “I’ve always known that answers can be found in data.” The problem has been preparation and presentation. “Digging into a big pile of data is not the way to answer those questions,” he said. “You want a program that pulls it all together from all sources.” The holistic, complete view you get from that is where you see the answers.

He confirmed his eureka moment with a test drive of his own data on DataSelf Analytics. DataSelf then deployed his new system in days. With that, Canadian Life Science had a completely integrated system. “This is fantastic,” he said he said, and he was not alone: The sales director and his sales team were “over the moon.”

He uses his new window on data to run sales campaigns. Click patterns tell them who’s buying and who’s not. They watch wins and losses, customer sales, quantities, gross profit, top 40 customers and other metrics.

Reports reveal trends by putting combined data from their CRM and sales pipelines against actual sales. It’s all displayed in attractive charts that use research-based color schemes to render the data the most effectively.

They’ve discovered that the report of top 40 customers by profitability offers especially interesting results. “Some smaller clients actually render more profit,” he said. “We can adjust our work to get the most bang for the buck.”

Insights compound as they monitor data consistently and on schedule. Canadian Life Science now issues sales analysis every month: per rep, total sales per customer, top 50 and top 100 depending on territory, and top gained and lost sales for the last 30, 60, or 90 days.

Though they’ve been using DataSelf Analytics only a eight months, they’ve already created a new monthly trending report. It shows all relevant info in one glance. “The sales people don’t like it,” he said, “they love it.”

The steady rhythm of reports has even encouraged a new way of thinking: The structured information shown in the Tableau charts makes everyone think about the data. Kick van Lunenburg finds that it has improved the way they prepare for sales calls and the way they anticipate trends. “DataSelf gives you a clear view. It lets you pull all necessary data together. It’s all visible. It’s fantastic.”

Once his people perfected a report, they automate it in DataSelf. “Good tools let you do that,” he said.

“We couldn’t live without DataSelf Analytics,” he said. “That happened in a very short period of time. We’re just scratching the surface.”

Van Lunenburg has already begun to think about deploying DataSelf next year to his new projects in Europe. “I want to use the best tools on the planet, and DataSelf is one of them,” he said, “I’m definitely using DataSelf wherever and however I can.”