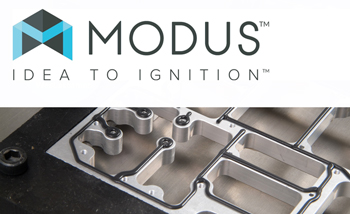 Though business was thriving at Modus Advanced, a manufacturer in Livermore, CA, CEO Rick MacKirdy and staff needed more information in decision making.

“We were selling these rubber products to a variety of OEMs,” he recalled, “but who were the customers to focus on?” He had many other questions, too, that he knew data could tell him. But all his ERP and CRM systems could show him was monthly and annual revenue. “It was like data fell into a black hole.”

With the help of his consultant, Denice Leuschner of Sysera, he found the solution: DataSelf Analytics.

Modus Advanced, formerly Western Rubber & Supply, is a leading fabricator and distributor of performance polymers and engineered solutions for the OEM marketplace. They create custom components for everything from electric vehicles, to military weapons, to external heart pumps.

“Our reports were looking backwards,” MacKirdy said. They had no forward view.

His ERP and CRM systems required the expertise of their consultant, Denice Leuschner of SYSERA, a business partner. Territory codes in their ERP system helped track customers, and from that, they pulled out commission reports based on region. They also saw historical booking on a per-territory basis, active orders waiting to ship.

Even so, the company worked without a solid understanding of customer purchasing, the revenue mix, and factors that drove or correlated with customer metrics. Who were the customers to focus on? They couldn’t tell.
That was simply not good enough for this growing business.

Whatever the solution would be, though, it had to be user-centric. There was no time or allowance for experts. “I don’t have a dedicated IT staff,” MacKirdy said.

Solution: from backward view to a full 360 degrees

With DataSelf Analytics, the view broadened. The backward view fanned open to show a forward view, too. MacKirdy loves it. “We get a 360 degree view now.”

He and his team watch a wide variety of reports: commission reports, invoice reports, core-supplier reports, trends, and forecasting make up a full picture. Also, estimates of monthly sales to large customers against backlog. They see what was shipped versus booked any particular day.

MacKirdy finds one “really cool” report especially useful: the top 20 customers in each sales territory. He slices and dices that data at will — at his desk or wherever he happens to have traveled — for an ad hoc, crisp view of customer behavior, how they’re being served, and clues to how Modus can support them best.

It’s all shown in a deep, informative, and graphical layout. DataSelf’s data warehouse and connectors in conjunction with Tableau’s interface delivers insight in displays designed by some of America’s top cognitive scientists (at Stanford University) for optimal coloring, scale, and usability.

The biggest deal, says MacKirdy, is that his reports get delivered to his inbox every morning by the DataSelf automatic distribution module. “That’s just phenomenal.”

DataSelf took root fast at Modus, recalls consultant Denice Leuschner of Sysera, a business partner. After a brief break-in phase, Modus gave her a long list of dashboards they wanted. Each contained four or five charts. “They went data crazy and graphic crazy,” said Leuschner. “They saw that it’s more than beautiful graphics.” It’s data made beautiful by the value it delivers.

Benefits: data sparks excellence all around

“My dashboard is now the first thing I look at in the morning,” said MacKirdy. “It’s that snapshot delivered to my inbox that’s so powerful. There’s no excuse for not knowing what’s going on. There are no surprises.”

Just recently, a sales rep saw on a dashboard that activity had dropped with one of his top 10 customers. He saw he’d lost a large order to a competitor. He quickly found competitive information to position for the future.

The whole place has gone “data mad,” says consultant Leuschner. In the shipping and production areas, Modus mounted 60-inch monitors 12 feet off the ground. One shows Tableau sales, another warehouse shipping. “When people see data,” she says, “it sparks imagination.”