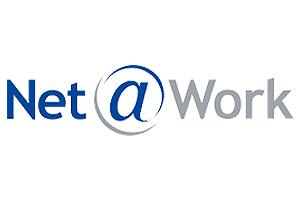 Every business executive wants to know “the numbers,” yet most are surprised at how long and slow the road can be from guesswork to certainty — especially at medium-sized businesses, which often opt for inflexible or homemade systems. That’s why Net@Work’s experience is so notable.

“We know to the penny if we’re up or down,” says director of sales Seth Ellertson. “And because we know, we’re able to get ahead of the business instead of letting the business run us.”

The story of how Net@Work chose DataSelf Analytics and how the system proved itself shows why businesses choose this system over others.

Net@Work is a full service IT and business consultancy with expertise in the development of business technology solutions. The company has 18 offices across the U.S. and in Canada.

They needed a business and financial reporting tool that could bring together data from Sage 300, Infor CRM (SalesLogix), and ChangePoint. To do that, a data warehouse was critical. Being IT experts, they also knew why the do-it-yourself route could not be considered: Reinventing the wheel just doesn’t pay off.

Net@Work had choices. Ellertson, who led the search, had worked with several other BI tools popular in the Sage market. Though each was strong in some ways, each had the same fatal flaw. Each one left him totally reliant on someone else for modifications of the reports and dashboards. To make any change, he said, you had to get into the IT queue.

That kind of IT-centric arrangement is the old way of doing BI, he knew. Business people just don’t want to rely on IT anymore. He said, “The modern way is self-service BI.”

The final straw, though, was connections to data. The competitors left Net@Work to build connections itself from scratch. DataSelf supplied them all out of the box — a comprehensive list for Sage 300 and Infor CRM. “That was a huge, huge head start. We just didn’t have the appetite to build data connections from scratch.”

Net@Work started with licenses for Ellertson and two others. They would first make sure it worked for them and then set strategy for wider use.

Deployment was fast, he recalled, a matter of days. DataSelf installed templates in the morning, and by the end of the afternoon he was testing. “I was actually very surprised that the testing was as quick as it was,” he said. “Our data seemed to snap in pretty quickly.”

“The time to accurate data was one of the areas where I’ve been most impressed,” he said. “It was unlike anything I’d experienced in the past.”

At first, Ellertson was the primary business user, and there was no holding him back. “I’d go to the DataSelf and Tableau websites in the evening to watch tutorials, and during the day I’d build,” he said. “If I got stuck, I’d go back and look at another tutorial.” He ended up building up a whole series of reports for himself — mostly opportunity and forecast reports for pipeline evaluation, number of deals, etc. He pulled out printed reports in management meetings that inevitably left other managers wanting more data on their own piece of the business. Over time, he built out more and more reports, and more and more people came to him.

He couldn’t run sales and also run reports for the organization, of course, so several more business leaders were given their own DataSelf Analytics licenses. Then after about six months, Net@Work decided it made sense to standardize on DataSelf for their reporting platform. Total licenses have grown to 30. Now everyone who’s a director or higher has a DataSelf license.

“What’s funny is that when I first came to work at Net@Work five years ago,” said Ellertson, “we’d be talking about whether sales of this or that product were up or down? Everyone would look around, and someone might run off for an Excel sheet. We were forced to make decisions based on partial and or inaccurate data or sometimes even on a hunch. We don’t do that anymore.“ In virtually every management meeting they have now, they show and discuss DataSelf data.

“It transforms how you run your business,” he said. “Now we use DataSelf for virtually every report.”

Just the other day, he said, they compared sales for 2014 and 2015 with 2016 projections. They examined software sales, maintenance sales, services — with results to the penny. “Instead of spending the whole meeting guessing how we are doing, we quickly review our historical performance and spend the meeting productively. We review our plans and strategies for improvement.”  -“Now we know,” he said. “DataSelf has completely changed management meetings. The business doesn’t run us anymore. We run the business.”